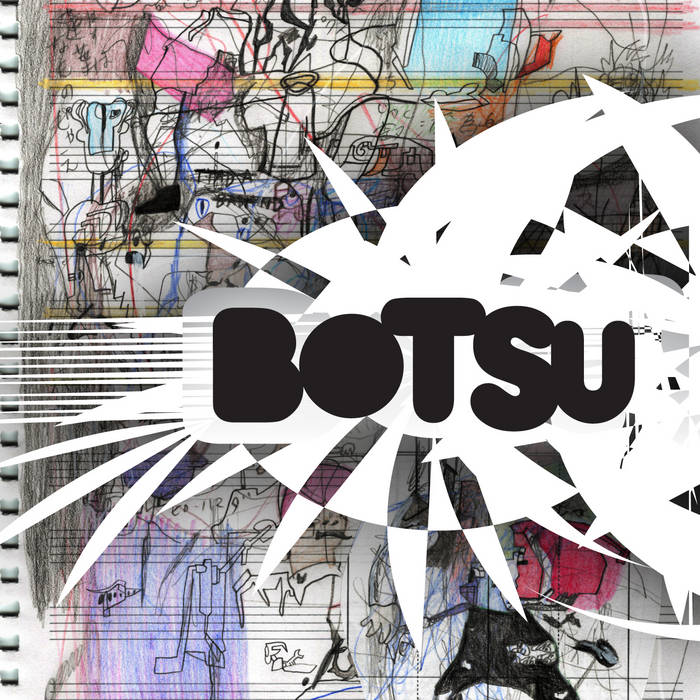 Some time last year Nute/Trensmat HQ were bombarded with Botsus. Each track was a brick-walled shitestorm of unhinged frightmare electronics (and each simply named Botsu, appended with a number (all in the 200s)). The thought that there were at least 200 preceding experiments floating around in formaldehyde somewhere in Japan was horrific enough - but the thought that Botsu might inflict the rest of these upon US was enough for us to a call a halt to the bombardment, agreeing instead to set free a few of these abominations in the half-arsed hope they would integrate with normal society.

Each one is a mini overdriven epic of abrasive, gritty, crunchy, unsettling mayhem. With every new Botsu you access, you are creeping a little further into the laboratory of their origin, learning with every step a little bit more than is healthy. For example, you could forgive your media player of choice for just declaring "ENOUGH!" by the time #233 busts out of its glass jar and barks audio obscenities at you. And momentarily, you feel almost sorry for #239, with its forlorn half-remembered melody making a brief appearance midway. But make no mistake - these are dangerous subjects and getting emotionally attached is stongly discouraged.

In case any serious shiz went down with these critters, for our own protection we felt we needed to bring in a bit of muscle, so we enlisted some sonic heavyweights and placed them strategically across key points in the (...LP? EP? we still don't know) in the hope they would keep some order. We fed them on morsels of #267. This happened:

Duo du jour Lakker give it the once-over in their trademark good cop/bad cop style, augmenting #267 with melody/percussive agression and delicate ambience/bass pressure, despite there being no discernible trace of these qualities found in the source material. 3:04 sounds short on paper but it's 3 long minutes when you're in the ring; your opponent is a pissed-off samurai bot - and you're losing the round.

Regular house band for The Nute Show, Whirling Hall Of Knives, endeavour to make tonight's special guest Botsu feel as unwelcome as possible with a cold'n'clangy, desolate rework of #267, adding rattling cage beats and glitchy interjections, rising trebly reverbs in the air and bubbling nonsense under the surface.

If #267 is the audio equivalent of a cinematic alien (or any other biological marvel/freak), then WHOK are the skeptical scientist and Lakker the brash army general hell-bent on on its destruction. So it's worrying then that Dwellings comes across as the curious child, willing innocently to befriend the outsider. So close is he in sympathising with the Botsu sound that it's like he's under some kind of mind control. His Psygggabba Mix is a good 5 minutes longer than the average Botsu but the vibe is there, with jumpy insistent samples hammered out ad infinitum by once-human drooling disciples and out of control android beat(ing)s pushed to the fore.

For the benefit of international security this is as many Botsus as we're prepared to release - the rest are quarantined for the forseeable...